10 Tips to Boost Your Ad Campaign with Winning Ad Design

How to Optimize Google Campaigns Effectively

The 6 Best Display Ads Examples & What Makes Them Click-Worthy

Find out how these stellar display ads used simple best practices to make their mark. 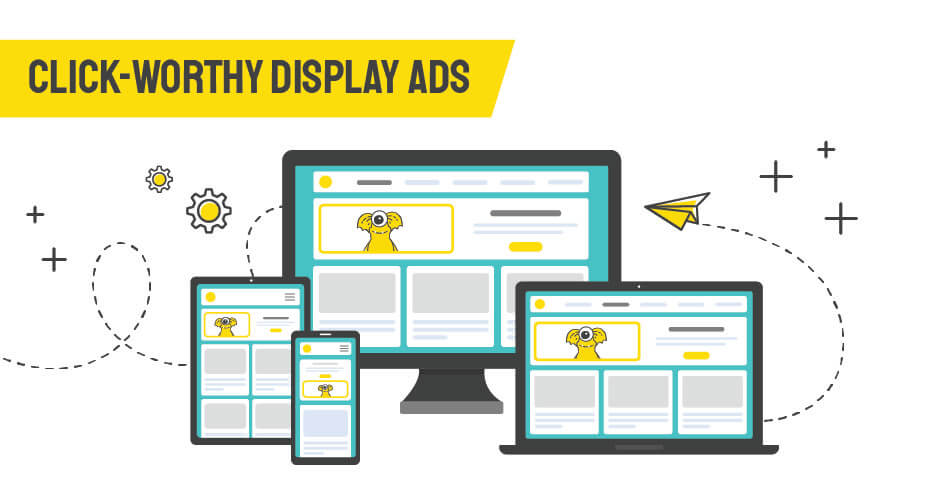 Display ads are one of the most popular forms of digital advertising. When done well, these visual-heavy ads can be used to raise brand awareness and gain customers. However, while they look deceptively simple, display ads can be difficult to execute effectively. By following best practices and performing some serious data analysis, you’ll be able to get the most out of your display ad campaigns. If you’re not sure where to start, we’ve rounded up some of the best display ad examples on the web for inspiration.

What Are Display Ads?

Display ads are a form of paid advertising that can be found on websites, apps, and social media. These ads come in several different formats and sizes, generally using a mixture of visual creative — either static images, GIFs, or video — and concise copy to get the message across.

Display Ads are typically priced on a CPM basis, meaning that advertisers pay for “impressions”, or when a target number of viewers see the ad. However, advertisers are moving towards a more beneficial pricing model in which they pay for conversions — clicking through the ad — rather than just impressions. When working with ad partners, advertisers should look for companies that offer performance-based pricing in order to stretch their marketing budget further.

Though display ads can take many forms, these are the most popular formats:

Where to Find Display Ads

These three big networks are responsible for the placement of the majority of display ads: 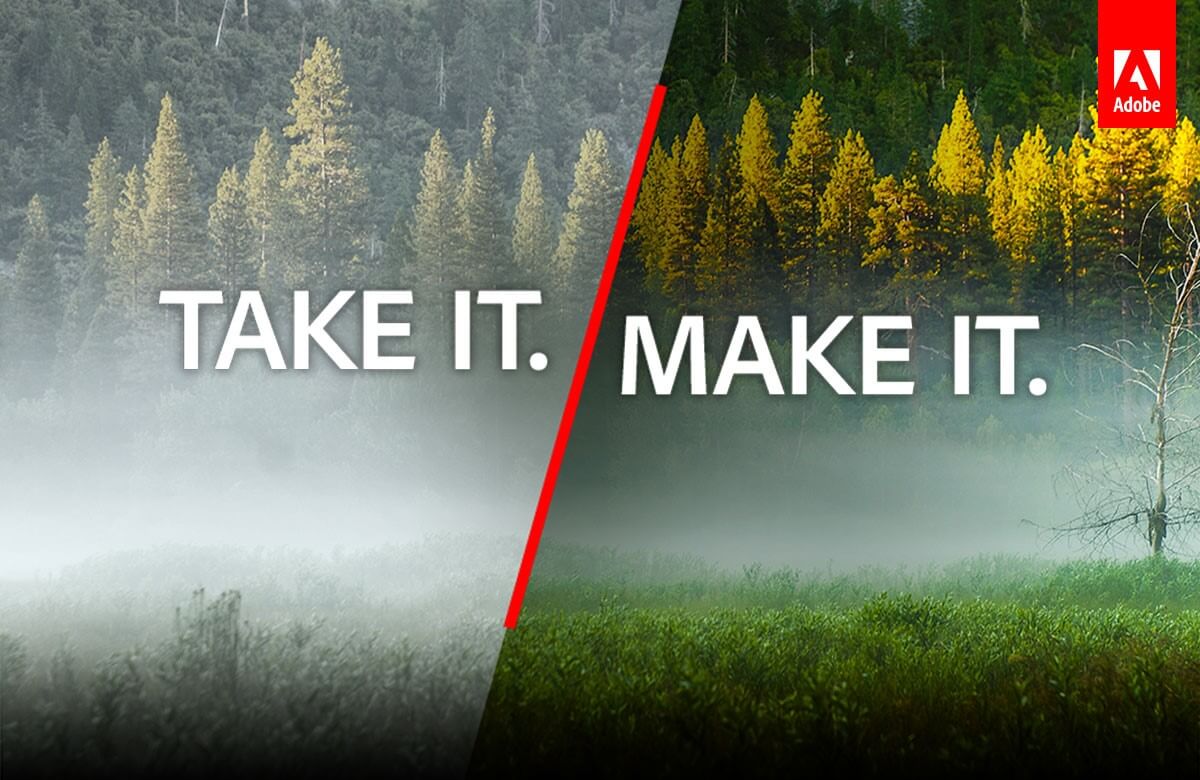 What Adobe does well:

Adobe is best known for its suite of software used by creative professionals like web designers, graphic designers, and video editors, just to name a few. So when advertising its software services to both individuals and businesses, Adobe keeps its messaging simple. Using colorful images, easy-to-comprehend text, and effective calls to action, these display ads effectively target the intended audience while staying true to the brand’s message.

What Ridge Does Well:

Ridge’s message advertising its RFID-blocking wallet barely needs any words at all. On the left, an old-fashioned, bulky wallet crammed with cards and cash. On the right, a streamlined solution that holds necessary items and a smartphone while protecting sensitive credit card information from scammers. The Ridge puts function over style, and the imagery matches that: nothing flashy or over the top. For good measure, there’s a brief description and a simple call to action: shop now. 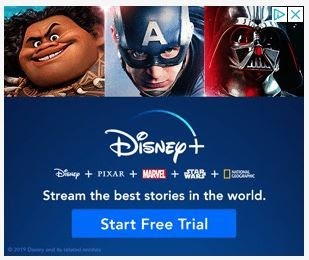 What Disney Does Well:

When the house of Mickey Mouse launched its new streaming service in late 2019, its overwhelming library of content almost spoke for itself. But just to make things clearer, this static ad serves as a reminder that on top of its revered animation studios, Disney owns some of the world’s most popular entertainment franchises. Disney animation, the Marvel Cinematic Universe, and Star Wars all in one place, and you can try it out for free? What more could you possibly need?

What Urban Decay Does Well:

Urban Decay isn’t your grandmother’s beauty brand, and it wears that fact proudly. Never afraid to push the envelope, Urban Decay has amassed a cult-like following thanks in part to the company’s brand-right, edgy marketing efforts. The display ad seen above shows off the Naked Honey eyeshadow palette by using the makeup itself and literal honey, hinting at an indulgent, decadent purchase. Again, the copy is brief, but manages to say a lot in very few words. It’s the gold-hued images that really stand out here. Any beauty guru scrolling through is sure to stop and take notice. 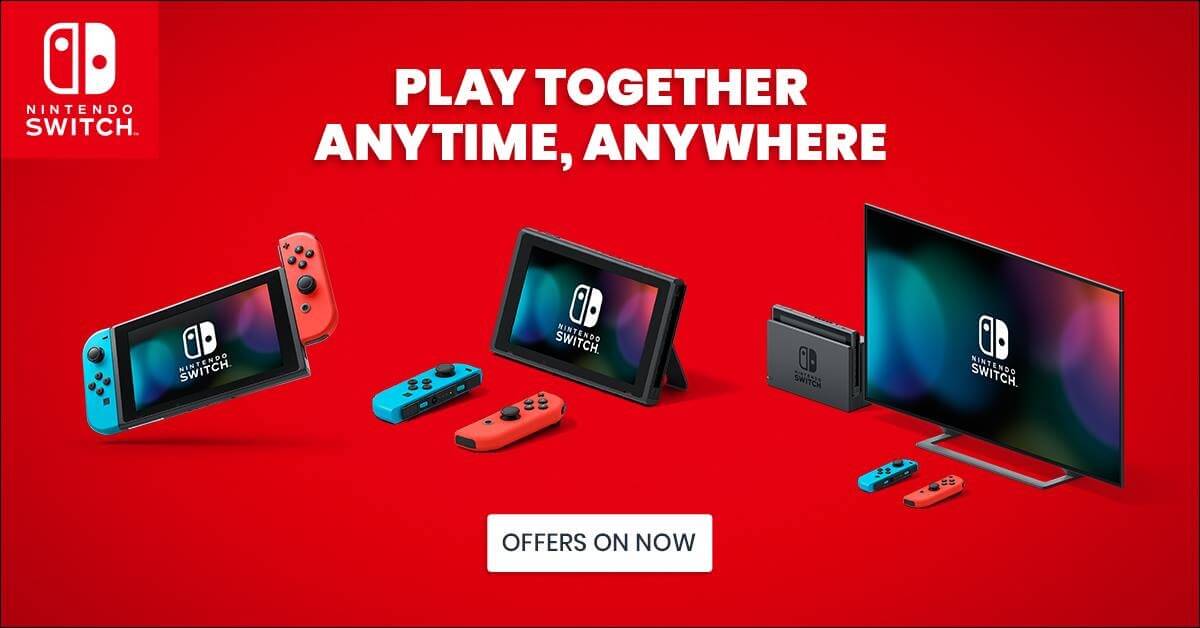 What Nintendo Does Well:

When the Nintendo Switch console launched in 2017, Nintendo was hoping to avoid the mistakes it had made the previous generation with the poorly marketed Wii U. As a unique system that can be played on its own as a handheld or on a TV screen like more traditional consoles, Nintendo ensured the Switch’s unusual functions were obvious in every static and video ad it ran. This display ad from Facebook is just one example of this strategy, showing the three different ways the Switch can be used with a simple tagline and a call to action. Three years post-launch, this strategy has proven to be remarkably successful — a complete 180 from the previous generation.

What Ilyon does well:

It’s important to remember that display ads don’t have to be static messages. When it comes to video-based display ad examples, you need to grab your audience’s attention right away — viewers are constantly scrolling and short on time and attention span. That’s why this entry from Ilyon, created in partnership with yellowSTUDIO, is so effective: it makes the first three seconds count. The video also focuses its messaging on the product with a simple, direct approach, making it more likely to stand out.

How to Find the Best Strategy for Your Brand

While the display ads shared above do use some consistent best practices, ultimately what works best for every brand is different. You can’t get a full picture of your strategy until you’ve conducted a thorough data-driven analysis of every creative element and its performance. From creative messaging to more nuanced factors like logo placement and imagery, data is the strongest indicator of what performs best with your audience. And when it comes to analyzing creative data, you can’t beat a reliable machine learning platform.

At yellowHEAD, we use our proprietary creative tech platform, Alison, to eliminate the guesswork. Powered by a combination of expert optimization and machine learning, Alison recognizes creative elements and delivers strategic recommendations. What really makes Alison special is that our creative strategists personally deliver the first round of analysis, which our algorithms then optimize. By bringing together marketing strategists, AI technology, and data, we help companies make the most of their advertising budgets and grow their brands.

Ready to find the right combination of creative and functional formats for your display ads? Contact us to get started.

Want to learn more about other online ad formats? Check out our guide Online Ad Formats: The Ultimate Guide to Creative Optimization