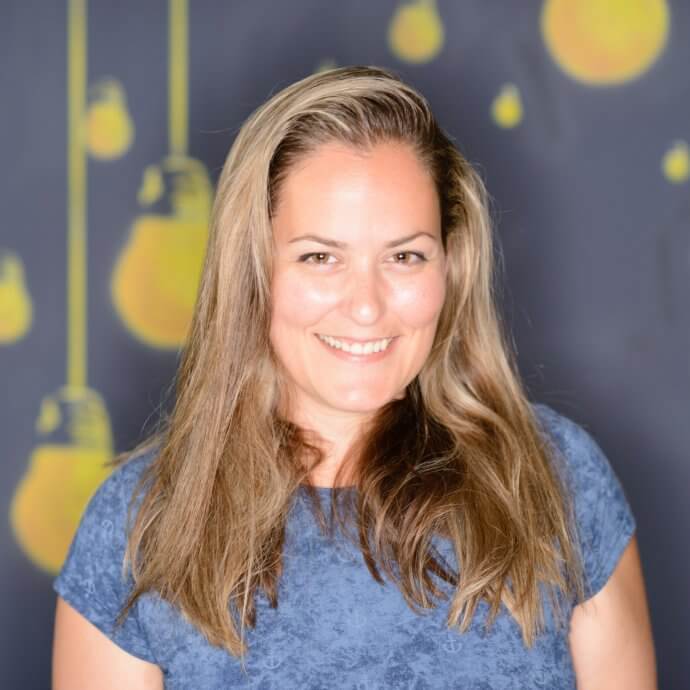 As a newly single woman back on the dating scene, I often get advice to “not come on too strong”. Play it shy, work up to it and open up very slowly if you want to hold on to your audience.

Online advertising and the online dating scene are alike in the sense that there are endless options and very limited time and attention span – people are scrolling through their feed as quickly as they swipe left and right on Tinder; but they are completely different in the sense that, in online advertising, you do have to pull out all the stops and come on too strong, since you only have 1-3 seconds at best to capture someone’s attention and make them stop and watch the rest of your video.

The creative team here at yellowHEAD provides creatives for over 50 clients in the industry, and has created hundreds of video ads which we regularly test. In this article, I’ll address one issue our team resolved with practice: what’s the best way to start your video?

*This article refers specifically to the social casino vertical

The tension between art and the art of making money

So, our team of top creative designers receive the task of creating a video ad for a new video slot machine of one of our clients, a leading online social gaming company.

There are a few tensions here.

One, the tension between wanting to create an aesthetic, coherent video that has a clear opening and ending and some kind of narrative to it, and creating a straight-to-the-point video that just shows the reels spinning, without any additional meat to it.

It would seem like our artistic integrity is affected when our video editors are asked to create the latter, especially if there’s a great playground of creative assets, such as nice bonus features or a big, well-known title (like The Godfather).

Second, the brands themselves, i.e. the client wants their logo as well as the game logo in the ad, which bears the question of chronology: If it’s a well-known brand, wouldn’t starting with the brand logo help grab attention? If it’s not well-known, then what about brand awareness? We could put the brand logos first to help make the brand more memorable – but would that make the ad itself more likely to be skipped? On the other hand, if we put the brand logo last, that may lead to more views – but would the viewers not associate the ad with the brand? What’s the best practice?

And, what if we’re promoting a major title, like Star Trek or Sex and the City? Will making the title stand out in the first frame help grab news feed attention better? But, again, will this negatively affect brand awareness?

Our solution? As for the first tension, we’ve come to terms with this by realizing that our art is making money – it’s converting players, creating engaging and top performing ads and, at the end of the day, that is what really matters. Moving on to the second tension, we decided to check what the best practice is with simple A/B testing of logos, titles, specific games, with/without a grand opening scene or simple logo animation, etc.

Below is an example of the same video ad, with and without a branded opening scene:

Results… Cut to the Chase!

From our testing and experience, cutting straight to what engages users – in this case, reels that spin and a game board – is what will make them stop scrolling and watch the rest of the video, and subsequently, will convert better.

We saw that creating a grand opening scene of real Vegas casinos, for example, didn’t work. So much so, in fact, that we couldn’t even get the ad to spend its budget. Once the opening scene of the video was cut and the two versions were A/B tested, we saw an immense increase in all parameters.

While these ads do need to present the brands they are promoting, the ‘opening scene’ isn’t the place for them, even if it’s a power house brand. Every second of the video ad should drive value for the budget spent, but the first 3 seconds are critical. Your opening has to be a showstopper.

The video will be accompanied by the brand logo and the ad text, and that should be enough to ‘ease that tension’. The first few seconds of the video are not the place to showcase any logos or to create an impressive opening scene. This isn’t a cinematic adventure; the ad should engage with viewers straight away and do only thing: make them feel that tingle that will make them want to spin.

Of course, the logos can and should still be there but “keep it light on the brand and focus on the game” would be the best way to summarize our testing efforts. You can display the brand but not in a standalone, in-the-spotlight, making a grand entrance manner. Incorporate it within the game board, or another game element, and let the reels do the talking – and converting.

While this article refers only to Facebook, here are some things to keep in mind.

On Facebook, scrolling is fast and frequent, especially on mobile. Users will decide in less than a second if they’re going to stop and check out your ad or scroll on. The auto-play feature works to your advantage but that second is all you’ll get.

You have to grab users’ attention straight away and, since Facebook’s auto-play does not include your video’s sound, your visuals need to be the attention-grabbers.

On Google, you do have sound working for you (which is very helpful when promoting slots, as the sounds of the games excite slot players).

We found that some of the ‘grand opening’ scenes that did not perform well on Facebook at all, actually worked well on Google. It depends on the platform. For instance, if the ad ran on a platform on which it was un-skippable, and the user had to watch it in full to get through to their original content request, we saw that it actually converted very well.

The premise on all platforms should be that we live in a fast-paced, short attention span world. Even if a video isn’t technically skipped, people may still ignore it and just wait for the thing to be over, but it does seem that on Google you have more than one second to get past that barrier.

Keep in mind that different elements and tactics work for different industries, so be sure to test your video ads over time and see what works for you.

This is the art of making money. Your video ad may not be your greatest work of art, but as long as it grabs the user’s attention within 3 seconds, it’s doing its job. Get right to the point and get in the user’s face!